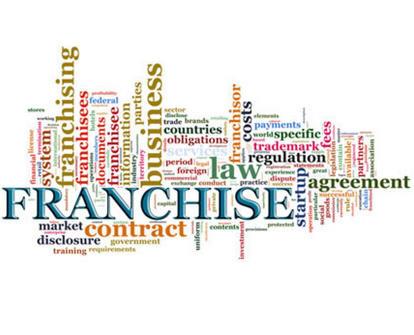 This article is devoted to a detailed description and analysis of all spheres of economic development for small and medium business, and which also covers the franchising and potential direction of business activity in Ukraine.

Franchise business in Ukraine has enjoyed a fairly high degree of growth that is not surprising. This growth has been achieved mainly through the actions of Western franchisors, and the aspirations of our own community to begin their own business whilst taking advantage of the favorable financial climate at minimum cost risk. Western business leaders are also playing a vital role in providing experience and training to Ukrainian businessmen.

Currently, many potential businessmen lack the belief and understanding to undertake a franchising business. The phenomenon of franchising is not highly popular and many lack basic skills for effective business expansion through the franchising model.

Franchising in Ukraine has been established for more than 16 years. Yet during this period, despite all the collective information, activities and opportunities to gain knowledge, nobody has ever done a detailed analysis of the entire franchise market in Ukraine with its capabilities, risk management and the most attractive areas of application.

This is primarily due to the fact that every investigation is labour intensive, time resourceful and also incurs certain cash costs. If franchising covers over 90% of all economic areas in the world, in Ukraine the business community for a long time considered franchising as a model of successful development for primarily catering and retail. Accordingly, the need for detailed classification of activities were absent. The growth in popularity of business through the franchise model which also covers most areas of the economy and entrepreneurship leads to a detailed study of the franchise in such areas as:

Also, apart from the description and understanding of the common parts of the application of franchising model, we face with the needs and detailed analysis, including:

Scope franchising is an underrated tool for enterprise development and the economy in Ukraine. Ukraine will return to economic growth only by increasing domestic demand and confidence both external and internal investors. Predictions that make known analysts and financial institutions in Ukraine and indicate exactly these factors.

Domestic investor, which is essentially a Ukrainian businessman - quite loyal to their own market. They are very motivatid to develop their own business. The task we set ourselves in this study is to show all the possibilities and prospects for further economic development and entrepreneurship by using franchising model.

Analysis of recent research and publications

Research franchise is one of the keys in the developed countries, as small and medium businesses are the basis of successful economies of the West. The successful development of SME’s without franchise is impossible. One of the oldest organizations in the world - the International Franchise Association [1], which develops business by franchise model for 56 years, holds annual global forecasts for franchising SMEs. Economic policy of successful countries is to develop and export their business to international markets through the franchising model, and this policy can be successfully promoted through trade council of embassies and international trade agreements.

Scientists investigating the reasons: why the companies in the development and expansion of both domestic and foreign markets give preference for franchise model, including as A. M. Doherty [2], D.H.B. Welsh, I. Allon, S. Falbe [3] G. Melinge [4] A.K. Pasvan, D. Sharma [5]. Also, the good investigations of  franchise development in their local markets do specialized organizations, including the European Federation of Franchising [6], the French Franchise Federation [7] and the British Association of Franchising [8]. It should be noted that over the past six years in Ukraine appeared considerable interest in franchising in academics and in written numerous scientific studies, including we need to allocate work A. Trushenko [9] B. Mavridu [10] A. Magomedova [11].

Annual reports and market research franchise, published by IFA [13] show that the background of the global economic depression, franchising has managed to keep a slight sustainable development in most areas of it application.

A key objective of the study - the study of all aspects of franchising in Ukraine, structuring franchise market analysis and demonstration of our results for all stakeholders (investors, franchise owners and state), areas of application of effort entrepreneurship, investment trends in franchising and methods of business improvement. Based on the collected and analyzed data, we intend to create a classifier Ukrainian franchises - "Franchise Directory", which combines both quantitative and qualitative information about Ukrainian and foreign franchisors that operate in Ukraine.

To achieve the goal, we used several methods. The first stage of the study was to collect all information about active operators of Franchise market in Ukraine. Due to the method of system analysis, all information has been collected and has been analyzed in details and has been united in certain blocks. To achieve objectivity and accuracy in their studies, we have taken some reservations, namely:

Source: monograph "Innovation in the development of socio-economic systems, microeconomic, macroeconomic and between economic levels"